(Update – 04.03.20)Overnight, the New York Assembly reluctantly passed S. 7506-B, a budget bill, which bans the sale of vapor products in flavors other than tobacco. Like much of New York’s budget, this bill was debated and passed under cover of darkness. There were no opportunities for the public to weigh in on the bill unless you diligently followed the constantly changing bill numbers and language. Following legislation with that level of detail often requires one to be able to afford a lobbyist and even then, it is still likely that people get lost in the mix.While we acknowledge and appreciate Governor Cuomo’s response to the coronavirus pandemic, this budget represents a profound failure of leadership, a sweeping lack of compassion, and an assault on democracy in the state of New York.Here’s what’s changing this year for people who vape in New York:

It is tempting to say that these budget bills are being passed under dire circumstances and are necessary to keep the state functioning in the midst of a crisis, but all of this was introduced by Governor Cuomo well in advance of the coronavirus outbreak in New York. Even under normal circumstances, voters and lawmakers are hard pressed to amend or remove even the most egregious sections of the governor’s budget proposal. There are deep cuts and rollbacks to other programs and reforms that will arguably threaten the health and financial security of millions of New Yorkers and, again, all of this was on the table before anyone was recommending austerity measures to slow the spread of COVID-19.For thousands of New Yorkers, the next few months are now critical to stockpiling what vapor products they can afford. Following the July 1 deadline for removing flavored vapor products from the market, vapers and people interested in switching away from smoking will have to track down low-risk vapor products on an underground market. This outcome is historically a negative one as it exposes consumers (of any age) to an elevated risk of exposure to tainted products and fraud. But most importantly, Governor Cuomo’s budget promises to send thousands of New Yorkers of all ages back to smoking. In the midst of a global pandemic involving a respiratory illness that kills people who have underlying conditions such as COPD, asthma, heart disease, cardiovascular disease, and other illnesses attributed to smoking, the actions of the legislature and Governor Cuomo are shameful.CASAA urges our New York members to seek out other smoke-free alternatives rather than returning to smoking. Please see our materials describing other low-risk, smoke-free alternatives that will, for the time being, remain available to New York consumers. Products such as Swedish snus, nicotine pouches, and other smokeless tobacco products are well researched and provide similar benefits for people who switch completely away from smoking.

The NY Legislature is still debating bills necessary to implement the governor’s budget and a flavor ban on vapor products is still in the mix.

The New York legislature is expected to vote very soon on the state’s budget (S. 7507-A). Part Q of the bill (vaping regulations including a flavor ban) is reportedly being amended into what some are calling a “watered down” version of a flavor ban. In reality, all that seems to be changing is a specific exemption for products that can make it all the way through the PMTA process and receive a marketing order from the FDA.As written, this bill is extremely more restrictive than federal guidance and rules as it would not allow for products to remain on the market at FDA’s discretion. With Part Q expected to take effect in July, New York would be removing flavored vapor products from the market before any business is able to submit their premarket application, if the FDA’s recent request for an extension to the PMTA deadline (pushing the date back to September 9, 2020) is granted.

It is noteworthy that the language we expect to see in New York’s budget will benefit the largest manufacturers of vapor products as it will effectively help them corner the market by wiping out their competition.

As mentioned in our previous update, S. 7507-A, Part Q is laced into a must-pass appropriations bill, which is part of Governor Cuomo’s New York State budget. The governor is stating that the budget will be passed on time even with an April 1 deadline and the state on “P.A.U.S.E.”

While it is almost unimaginable that such a Draconian policy proposal like a vaping flavor ban would be advancing in the midst of a global disease pandemic, it is not surprising that officials and activists are using this opportunity to fear monger and disenfranchise stakeholders (who, for the most part, are respectfully adhering to “stay-at-home” orders).

In addition to sending a message and making phone calls, please take advantage of the NY Senate’s online engagement platform for legislation. Follow the link below to add your comment to the bill and vote “Nay” on this legislation.

Points to include in your comments, phone calls, and spoken testimony:

S 7050 (legislation that would ban vapor that contain certain toxic metals without regard to acceptable thresholds) have been assigned a “Same As” bill in the Assembly, A 9553. This designation means that the bills are identical and are likely to move through the legislative process faster.

It is vital that New York advocates speak up against this legislation.

While it is always a good idea to make low-risk, smoke-free products even safer, that is not the spirit of this legislation. In fact, the justification for these bills leans heavily on research that does not account for how people actually use the products. Instead, the one study referenced in the preamble of the bill looked at environmental exposure that assumes a person uses a vapor product continuously for eight hours. This is obviously not how people vape.

Here are three references you can use to better understand the flaws of this research and why it fails as support for this policy.

This week, a raft of anti-vaping legislation moved through the Senate Health Committee. This was not a public hearing. As many New Yorkers know, testimony at “public hearings” is by invitation only and rarely, if ever, includes participation from the public. These bills are now moving to a similar dispassionate procedural hearing in the Senate Rules Committee.

While committee hearings in Albany are not all that accessible to individual residents (unless they can afford a lobbyist), there are other ways for citizens to comment directly on legislation.

Points to include in your comments, phone calls, and spoken testimony:

With New York’s flavor ban on hold (until an official ruling is delivered on Friday, 10/18), it is becoming more and more likely that this issue will be settled in the legislature. Although for the moment there is no single bill that would replace Governor Cuomo’s abrupt flavor ban, there is the annual raft of anti-vaping bills which demonstrate that some in the legislature are willing to go further than just a flavor ban.

Two things New Yorkers can do to stand up to the Governor Cuomo and the Legislature’s hostile attitude toward vaping: 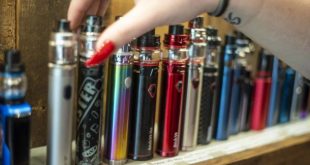 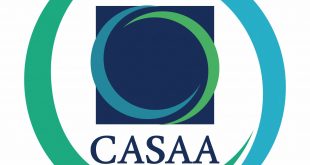